We held the international event "The Bibim" in Seoul! 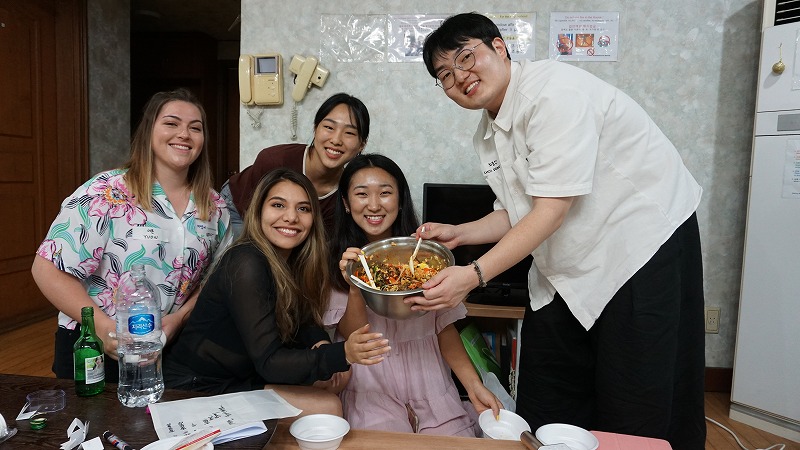 Anyeonghaseyo! This is Borderless House Seoul.

How was your summer vacation?
On, August 15th was the independence day, which has a special meaning in Korea.

On the day, we Borderless House Seoul held an event "The Bibim" for international exchange at one of our share house.
Today we would like to share about this event in this blog!

This event was planned and managed by Borderless House Supporters who are students and living in our house to support the house community and management. They started planning a few weeks before. In order to make it a good event, they gathered at our office several times and prepared well.

Although the outside was raining, over 20 tenants joined to this event from different houses!

The main content of this event was to make Korean food "bibimpab" by winning some games. If the team could win the game, they can get a dish to put on the rice to make bibimpab.
The name of the game is, "The Bibim"!!!! 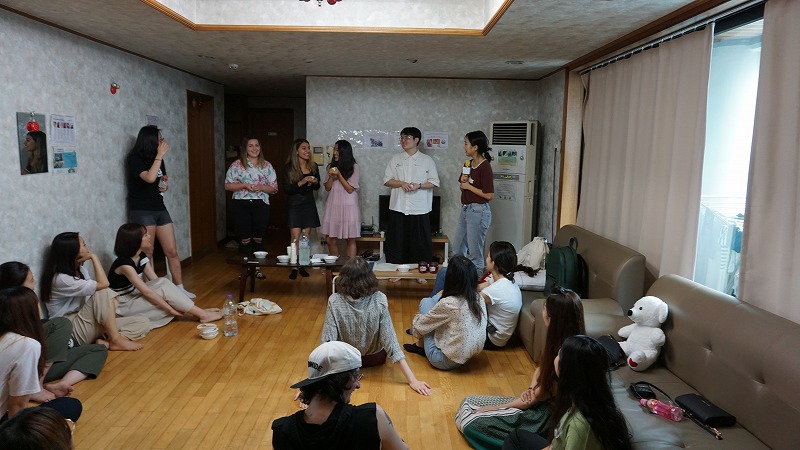 (We gathered at Borderless House Hongdae2, which has a huge living room.)

Exciting game to get the dish!

The first round was, "Who drank alcohol?". 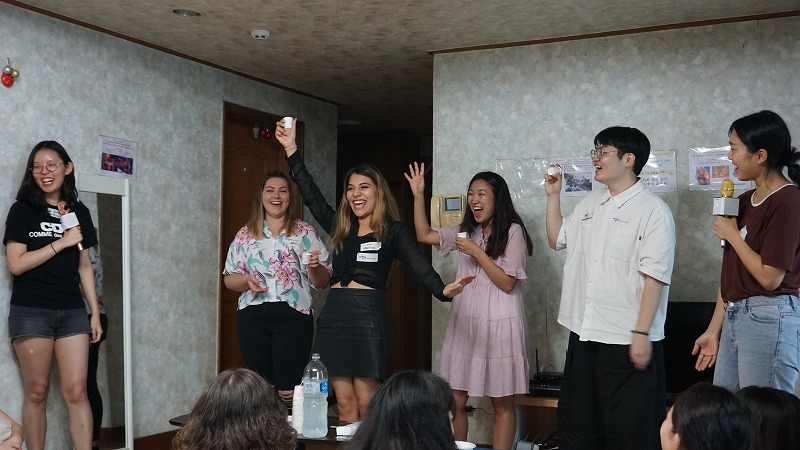 （This is Dani, pretended to drink water although she drank a cup of Soju.）

The second round is "Speed Drawing"

3 members in one team draw one object together by 3 seconds each. Then another member answer what they tried to draw. If he or she answered the correct one, the team can get the dish.
3 seconds is super short! Even if we are grabbing a pen, staff will take it off after 3 seconds. It was really difficult to complete drawing and we laughed a lot by seeing the weird picture!

What is this, you think? 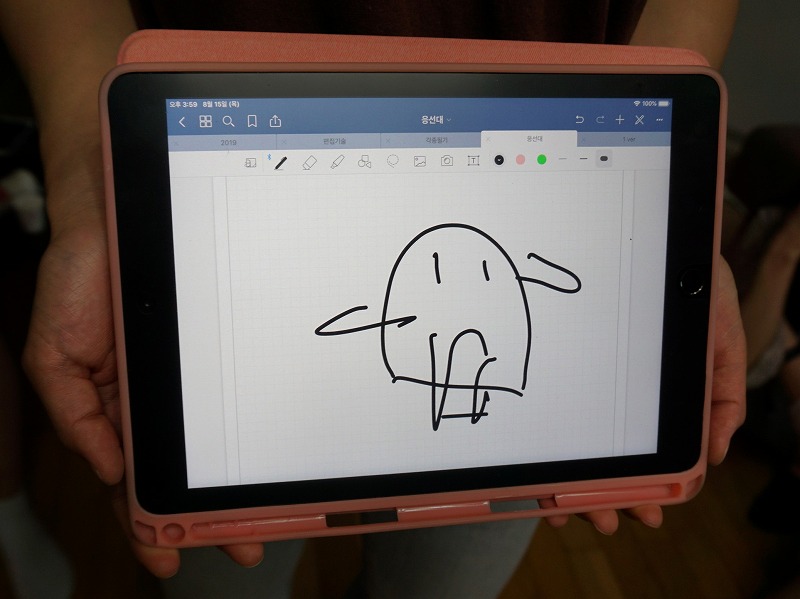 The answer is.. Penguin!!

The third round is "Gesture Game"!

We take turns in a team and if we can get correct answers more than a certain number, we can get the dish. This game can be learning of new language. 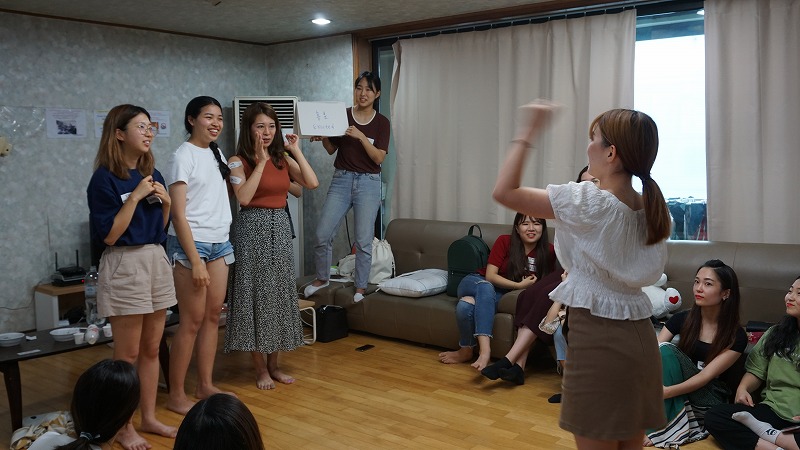 （She is trying to express the word "Exciting". It was difficult!）

The fourth round is "Gongi (Air) game"!

This is a Korean traditional game. We throw small balls up and catch by the back of the hand. And we throw them up again then catch them by hand. We compete for the number of balls which we could catch as a result.

This is actually super difficult! Since this is a Korean traditional game, most of the Korean members got high points! Members from other countries, they reacted like can you do that?".

We have these balls in our office so when you visit our office for the payment, why don't you try it? 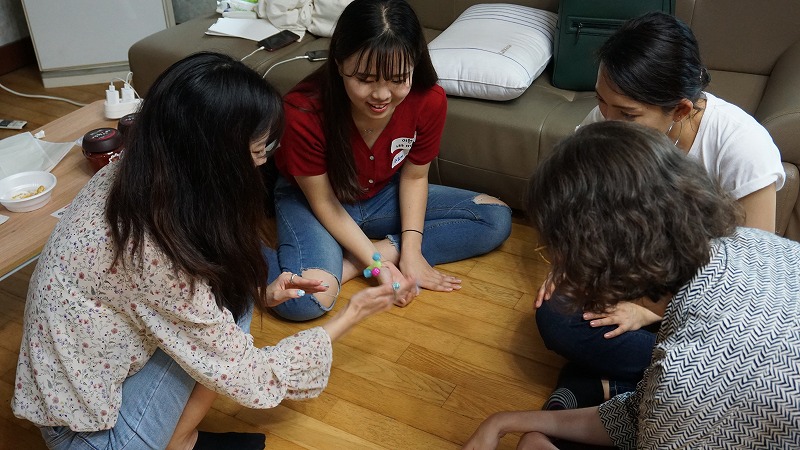 （Can you guess if she could catch the balls?!）

The last round is "Intro Quiz"!

As you know, we listen to an intro of the music and answer the title of the music.
"I know! I know this song but I forgot the title..! What was that?" 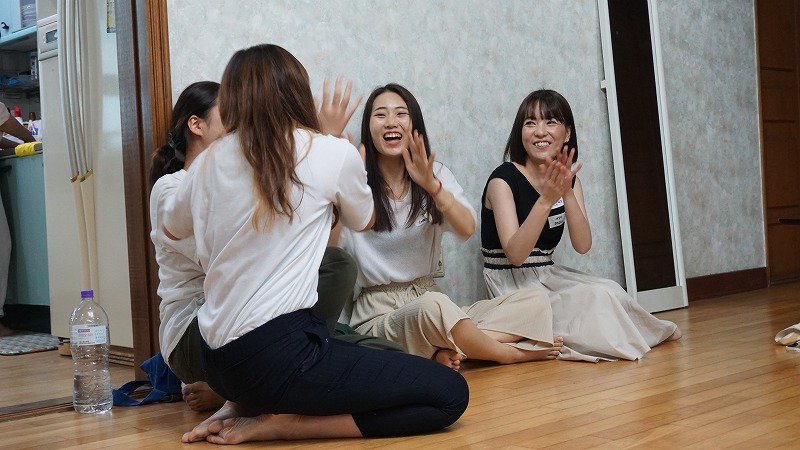 （The last round was so exciting!）

Finally, we can eat!

Now all the games are done. Unfortunately, there were some teams which couldn't get all the dishes but we share every kind of dishes finally and the delicious bibimbap was completed!

In this event, tenants from Korea, Japan, UK, USA, Mexico, Germany, and Thailand joined. We enjoy the language and Korean culture by playing the games together. It was just like "Bibim" of culture.

On the independence day of Korea, people from various countries gathered in one place, laughed a lot together and enjoyed Koran culture together. This event became a kind of touching one as Borderless House Staffs who wish for peace in the world.

For supporters, who did from planning to preparing and MC, every organizing really well, thank you very much!

For Borderless Staff Bona, who was organizing supporter members, Rani, who was preparing bankside like cooking, Yona, who made the atmosphere exited, thank you very much!! 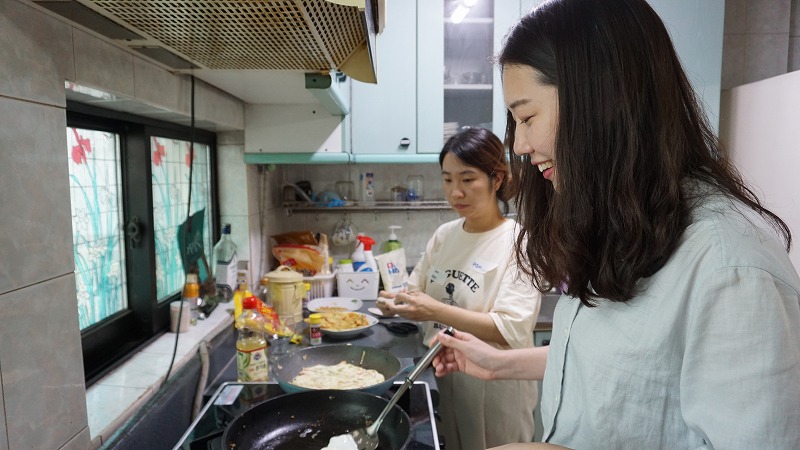 （Our staff cooked the dish for bibimpab!） 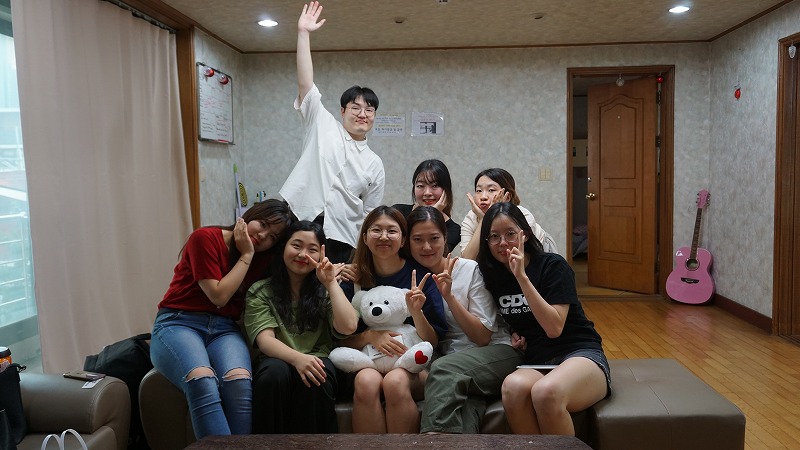 What the next event is..? Please be looking forward to it!!!!

【Reasonable Quarantine】 Staying in Korea through quarantine with reasonable price and easy way!